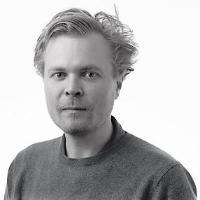 Jonathan Luke Austin is Assistant Professor of International Relations at the University of Copenhagen. Currently, Austin's research agenda is orientated around four main axes: 1) the global and comparative study of political violence, 2) the political economy and transnational diffusion of emerging technologies, design techniques, and aesthetics as they connect to problems of international security, 3) the state of social critique in contemporary social science, and 4) applying political science to problems in international public policy, particularly the urgent task of violence prevention.

Austin is a PI for the 3.2 million EUR research project 'The Future of Humanitarian Design' (see below), as well as numerous other projects. He is also Director of the Centre for Advanced Security Theory (CAST). Previously he led the Geneva-based Violence Prevention (VIPRE) Initiative, collaborating with leading International Organizations and INGOs on political violence-related problems.

Austin also has over 15 years of research and field experience in the Middle East (Syria, Lebanon, Iraq, Turkey, etc.) and regularly consults for International Organizations, NGOs, and the media on current events.

Austin's research is diverse, eclectic, and non-linear. Some would say undisciplined! This ranges from his longstanding engagements with the complexity of political violence, through work that challenges traditional understandings of the place of 'critique' in social science, and towards a series of multi-year, collaborative, and international research projects that go far beyond political science traditionally conceived.

The Future of Humanitarian Design

War. Refugee flows. Forced displacement. Death. The challenges facing humanitarian action are worsening. Contemporary conflicts are more frequent and protracted, refugee flows are rapidly destabilizing geopolitical structures, and humanitarian actors are under growing threat. In light of these dilemmas, the Future of Humanitarian Design (HUD) is a research project exploring how emerging technologies, processes of aesthetic design, and engineering insights can be combined with knowledge from political science to tackle the crisis facing humanitarianism. To do so, the project is constructed around a form of experimental action research in which political scientists will collaboratively lead the co-design of three technological innovations designed to improve humanitarian practice and conditions. In this, the goal is to 1) explore how we might better integrate ‘high theoretical’ and ‘critical’ social scientific concepts and theories into the world of practice (humanitarian and beyond), 2) to see how social science can be more closely ‘bridged’ with engineering, architectural, and design practice and knowledge, and 3) therein, take up the urgent task – especially in the light of recent geopolitical events – of working collaboratively across the sciences to improve the conditions of some of the most vulnerable populations in the world.

To  achieve this, the project is a collaboration between the Department of Political Science at the University of Copenhagen, the Geneva Graduate Institute, the Art and Design School in Geneva, and the EssentialTech Lab at EPFL Lausanne. It also  integrates high-level policy practitioners as project partners, including the President of Médecins sans frontières (doctors without borders) and Vice President of the International Committee of the Red Cross, alongside partnerships with research institutions in Colombia and the Democratic Republic of the Congo.

Why and how are practices of torture globalized? Why do torturers in the United States and North Korea deploy identical torture techniques despite lacking institutional, cultural, or political ties? Why do torturers often describe not knowing ‘why’ they tortured someone? How can somebody seemingly normal – like you, or me – become a torturer? These questions emerged through my early empirical inquiries into the practice of torture. Across my research, I have conducted ethnographic interviews with Syrian and other perpetrators of torture. I have also qualitatively and quantitatively analyzed a sample of ‘real-world’ perpetrator-filmed videos of acts of torture in Syria, Iraq, Afghanistan (US perpetrators), Russia, Brazil, and beyond. The goal was to understand the ‘lived experience’ of committing acts of gross bodily harm, especially when carried out by young men who do not necessarily desire to do so.

At the same time, my interest in this micro-level approach stems from the truly global nature of torture and the paradoxical similarities in its practice across geopolitical space. Typically, the use of torture is considered to be related to the domestic institutional configurations of states (e.g. authoritarian vs. democratic). However, both authoritarian and democratic states typically deploy identical torture techniques. Central to my research has thus been engaging in a simultaneously global and comparative study of torture: what differs between states who deploy torture and why do those differences translate – paradoxically – into similar forms of torture across space? What connects these entities?

Ultimately, my research has concluded that most instances of torture across the world emerge ‘unintentionally’ due to the material, technological, socio-technical, infrastructural, emotional, affective, and environmental factors that engulf security practitioners (the police, military, etc.). It has also described how the knowledge of ‘how to’ torture circulates freely across global borders, ensuring that torturers in – indeed – North Korea or the United States tend to use roughly the same techniques of violence. To theorize these claims, I drew on a transdisciplinary mix of theories from political science, science and technology studies, pragmatist sociology, cognitive neuroscience, affect theory and beyond. Taken together, the project demonstrated how socio-technical networks are central to producing the global conditions of possibility underlying violence.

Can we design world politics differently? Is it possible for the field of International Reltaions to do more than write articles and books, give lectures, and (sometimes) engage with visual methods? This research project (carried out in collaboration with Anna Leander) addresses these questions by advocating for the emergence of an 'International Political Design' (IPD) that would radically expand what constitutes 'doing' political science. More specifically, IPD advocates for the emergence of materially, technologically, and aesthetically 'applied' social scientific approach to exploring and intervening in world politics. IPD's core intuition is that most social sciences exploring international affairs restrict their activities to the basic scientific task of knowledge-production (epistemics) combined with (crucially important!) public or policy outreach through communication and teaching activities. IPD, by contrast, proposes that scholars can now also begin materially and aesthetically constructing concrete (applied scientific) interventions into the fabric of society. By synthesizing cutting-edge theories and methods central to social sciences that explore international politics (including pragmatist sociology, science and technology studies, and beyond) with those of critical and speculative design studies, as well as the work of other applied sciences (Forensic Architecture, engineering) and artistic fields, the IPD project will demonstrate that A) the normative-political potential of social scientific work analysing world affairs can be dramatically augmented by engaging with acts of material-aesthetic construction and that, B) these acts of designing and fabricating concrete objects also enrich basic scientific knowledge of international affairs.

Developing this agenda has involved trans-disciplinary collaborations with scholars based in fields such as architecture, design (theory), computer science, and engineering. It also involves working trans-vocationally with practitioners based at organizations such as the International Committee of the Red Cross (ICRC), Doctors Without Borders/Médecins Sans Frontières, Forensic Architecture, Amnesty International, and beyond.

Early programmatic outputs of the project have been published in the European Journal of International Relations (Towards an International Political Ergonomics) and Political Anthropological Research in International Sciences (Designing-With/In World Politics).

Poster for one International Political Design event convened in 2022.

Austin's teaching philosophy is based on cultivating a classroom space in which students can create their own modes of learning. None of the classes he convenes therefore involves lecturing students on particular theories, concepts, cases, or facts that they are expected to learn by heart and recite back in their examinations. Instead, he hopes to help students develop their own curiosity about the world, politics, and its problems. Simply put, he avoids 'teaching' in any traditional sense, favouring instead allowing students to pursue their own interests to the fullest.

At the University of Copenhagen, Austin coordinates the International Relations and Conflict Resolution specialization as part of the MA in Political Science and the course Knowledge and Methods as part of the MA in Security Risk Management. He also regularly convenes elective courses around his research interests. Most recently, this includes the popular elective MA/BA class 'Global Violence and Political Evil.' The ethos of that class is encapsulated in the idea that "there are no answers" (or, rather, there is no one answer) to the problem of political violence. Instead of addressing global violence through a set of pre-baked theories or concepts, the class thus involves wide-ranging critical discussions of a series of ethnographic texts, academic articles, non-fiction (short stories, poetry), and documentary films that offer insights into the 'lived reality' of global violence. Students are pushed to think differently about the phenomena, connecting political violence as it manifests itself in Kyiv, Baghdad, or Bogota back to their daily experiences in the streets of Copenhagen.

I consider connecting academic research to public policy debates and the general interested public crucially important. My work is regularly profiled in various media outlets, and I consistently engage with journalists, practitioners, and other organizations as part of my work. Ongoing, recent, and past collaborations have occurred with practitioners, officials, and experts based at organizations including:

A full research profile of my work for the science magazine Horizons.

(2023). "What if we were there? A counter-factual call for IR to engage with material-technological making," Global Studies Quarterly, in press.

(2023). “The plasma of violence: Towards a preventive medicine for political evil,” Review of International Studies, 49 (1). [PDF]

(2022). “The State of the Sublime: Aesthetic Protocols and Global Security,” Millennium: Journal of International Studies, in press [PDF]

(2021). “The Public, its Problems, and Post-Critique,” International Politics Reviews, in press. [PDF]

(2018). “(De)Securitization Dilemmas: The Simultaneous Enaction of Securitization and Desecuritization,” Review of International Studies, 44 (2): 301-323. ** Among most influential articles of 2018. [PDF]

(2017). “We have never been civilized: Torture and the Materiality of World Political Binaries,” European Journal of International Relations,23 (1): 49-73. [PDF]